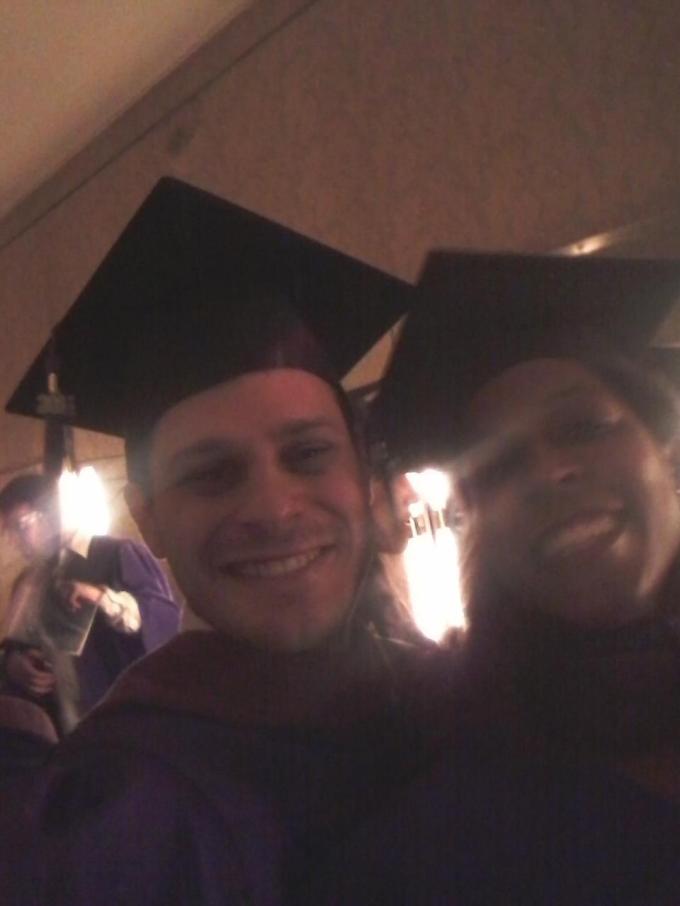 Joseph Mango earned his MFA at NYU’s Tisch School of the Arts in 2014, where he received a department fellowship. At NYU, he received the 2014 Dramatic Writing Chair’s Award and a 2014 NYU President’s Service Award. One of his screenplays, “James Dean America,” won the 2014 NYU Dramatic Writing Screenplay Showcase and was a semi-finalist in the 2015 Final Draft Big Break Screenwriting Contest. Joseph received his BA in American Studies/English from USC. He has worked as a production assistant on two feature films and as a video playback production coordinator for television shows (“Ugly Betty,” “Dirt,” “Monk,” “The Riches,” “Life”). Joseph currently works at the UCLA Center for Health Services and Society where he co-leads the Narratives Project and is the project coordinator for the Technology Core for the UCLA Center of Excellence for Behavioral Health. Outside of work, Joseph is a film enthusiast as well as a pizza and pancake connoisseur (unofficially).

Ashley Griggs grew up in Herndon, Virginia and earned her BA in Film Studies and French at the College of William & Mary in Williamsburg, Virginia. During her junior year of college, Ashley interned at the Cannes Film Festival, a thrilling experience that solidified her dream of creating unique and meaningful stories that have the potential to bring people together from all corners of the world. Ashley later received her MFA at NYU’s Tisch School of the Arts in 2014, where she was awarded a Future Screenwriters Fellowship and was a finalist in the NYU Graduate Screenplay Showcase. At NYU, she studied theatre under Pulitzer Prize winning playwright and MacArthur Genius Fellow Suzan-Lori Parks and studied playwriting under Pulitzer Prize and Obie award winning playwright Annie Baker.

Recently, they celebrated the premiere of “The One With Friends” (starring Nick McLoughlin, Miranda Wynne, Chloé Hung, and Lindsey Moore Ford), a play that centers on raising awareness about mental health, specifically depression and anxiety. Below is our conversation on their partnership and upcoming productions of “The One With Friends.” 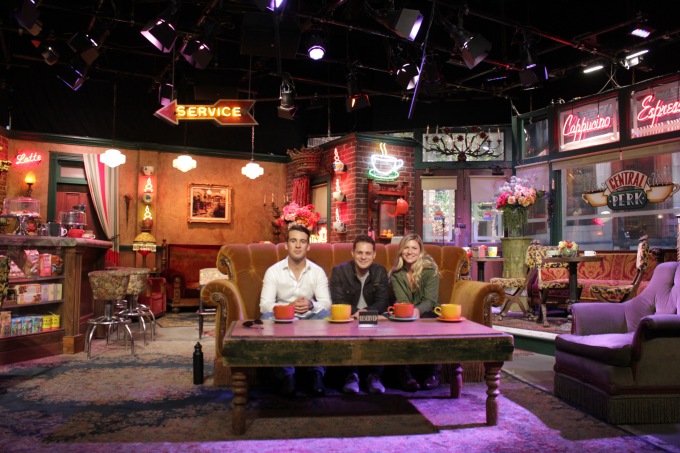 How did this collaboration come about?

Joseph Mango: I wrote the first draft at Tisch School of the Arts in Annie Baker’s playwriting class. I’d only written screenplays and teleplays prior to NYU, so I didn’t think anything of it and put it away. That summer, I read a quote by Matthew Perry which said, “When I die, I want ‘Friends’ to be listed as helping people.”

Thinking back, “Friends” had helped me through a lot from when I started watching it at 14. When I came to UCLA and they were working on the Narratives Project, I pitched the play to them. The first production didn’t really take off. We waited a little bit and eventually got some funding from my Center. We looked at this past weekend for a production date because it was Mental Illness Awareness Week. Since the play deals heavily with depression and anxiety, I thought that was perfect. Who better to direct the play than one of your good friends from NYU who also works at UCLA? I asked Ashley to direct and thankfully, she accepted.

You have both spoken out about your own struggles with anxiety or depression. What stigma do you wish to address with this play?

Ashley Griggs: For me, talking about mental health is the big thing. I think people are becoming aware that mental health is a priority in terms of healthcare, but there’s still a lot of stigma in sharing your experience. There’s a lot of shame associated with it. It is exciting to work on a project that so clearly illuminates the various shades of a mental health condition.

Joseph: Usually, when people are open about depression, others kind of shy away from it. We had a research project at my Center where we went to under-resourced communities in Los Angeles. We found a huge stigma that men shouldn’t have depression, [and] how they are looked down upon. We trained different agencies and places like barbershops and gyms on [Cognigitive Behavioral Therapy], and other ways to help someone with depression. Some communities don’t really have access to care, or they have to take buses to go somewhere with care.

In the play, the character who is an actor has limited access to healthcare and struggles to pay for medication. There is a character who is open about her [mental illness] and does not run away from it, while another character does not want to talk about it. I wanted to show both sides. Some people will sit there and listen to you, while other people will think there’s something wrong with you because you’re depressed. That’s happened to me in the past, and I’ve been reluctant to share because people want to change the subject.

What is your favorite episode of “Friends?” How did you incorporate it into your story?

Joseph: I have so many favorite episodes. When “Friends” premiered in 1994, I was going through a really tough time. I was freshman in high school, and depression wasn’t something people really talked about. My parents didn’t really know what to do with me. I became a big movie enthusiast and watched a lot of television. Nowadays we talk a lot about binge-watching, but back in the day, watching “Friends” was the one thing I looked forward to every week. It was that half hour of “Friends” that cheered me up, and I was able to escape through that. I also had a huge crush on Jennifer Aniston, so that helped a little too. [Laughs]

In my 20’s, I went through a really dark phase as well, and I just turned on episodes of “Friends” at night. I was going to therapy and taking medication, but having those familiar voices helped me de-stress and go to sleep. I still do that once in a while. When my mind is spinning, I’ll pop it on on Netflix, turn my phone over, and listen to the dialogue. “The One With the Prom Video” is probably my favorite episode. I love all the Thanksgiving episodes. Another shoutout to an [Department of Dramatic Writing] alum is “The One Where Everybody Finds Out” that was written by Alexa Junge.

What about you Ashley?

Ashley: I love the Thanksgiving episode with Brad Pitt. The show came on when I was in elementary school, and I did actually watch it from the first season. It was the definition of the security blanket show. It just felt comfortable and safe, and you’re guaranteed a good laugh. I think television has done that for me in general. In my middle and high school years, I definitely had shows which felt therapeutic to watch, but “Friends” was the first one for me. You had to watch it Thursday night and it was a highlight of my week. It made people feel better.

I definitely have similar associations with certain television shows, and the sitcom form in general can be very comforting for people. Without revealing too much, do you have a favorite moment from “The One With Friends?”

Joseph: In the beginning, there is a thing with Hugsy (Joey’s stuffed penguin). A character named Lucy has a button on her backpack and she thinks of it as her security blanket. There’s a bit about human connection and interaction where the characters talk about this app called E-Hug, where it gives you a hug if you need it. We work our way up to this moment at the end where there’s an actual hug between the characters. I thought it was very moving, especially the way Ashley staged it.

Ashley: Mine is not one particular moment. It’s a couple lines throughout the play from Lucy. She’s going through a hard time and has alienated people. Our lead male protagonist comes into her life at the start of the play, and they clearly have something they can bond over. My favorite part of the play is how adamant she is in telling him she’s not interested in being friends. Not only is she in a place in her life where she doesn’t want friends, she’s convinced she can’t get to know anyone. I love how direct she is about that. 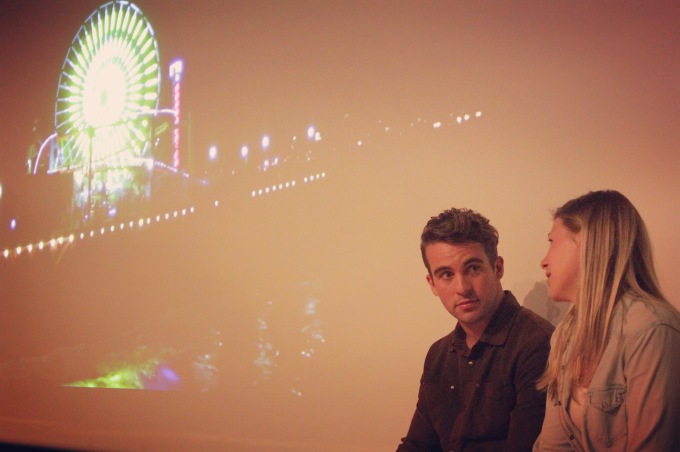 In terms of self-care, what are some things that you feel can help those struggling with depression or anxiety?

Joseph: One thing I tried to highlight in the play is the importance of family and friend support. It’s the loneliness. You don’t have a therapist on nights and weekends. Someone picking up the phone or getting you out of the house, someone showing you kindness can mean so much. It can help you get out of bed in the morning.

Ashley: That is very key for friends and family of someone going through depression to know. Sometimes it can be hard to find the people who will be there for you. One of the main characters in the play is a writer. I think there’s something to be said for writing your feelings down. Putting it on paper sort of puts it out into the world. That’s very therapeutic for me.

You guys will be bringing the show to New York. Can you talk more about that?

Joseph: The Center was so excited about the response it received that they’re hoping to extend performances by going to some UC schools and taking it to New York City. The project also has a research portion where the audience fill out a survey before and after they see the play to see if their attitudes about depression change. We’re going through the surveys now and analyzing the data. Based on that, we’ll see if we need to adjust any of the questions.

The show will have its East Coast premiere at the Tisch School of the Arts’ Goldberg Theatre on December 3 at 7:30 p.m. and December 4 at 2:00 p.m. Tickets are free and you can reserve them now. We’d love to take it to more sites to gather more research data, and donations for the campaign can be made here. It would be great to show how the arts can promote healing, and I’ve found very little research correlating the two.

Joseph: Ashley helped me a great deal with trimming and making the play tighter.

Ashley: It’s such a great and easy play to produce. All four characters are so unique and interesting. There is no small part in the play. There’s also an interactive element to the play that we work with. It’s been such a great directing experience for me.

Joseph: We couldn’t have asked for a better cast. They were so funny and easy to work with. Ashley set up that atmosphere with her patience and kindness. We all just enjoyed being around each other.

Anything else you want to add?

Joseph: I just want people to have a better understanding of what it’s like to have major depression. It’s not a quick fix and some people manage it their entire life. I hope people can have more empathy for it. I want to emphasize how important it is to have close friends and family support. Even if it’s not working right now, you have to keep trying until you find the right people who understand. That’s what I didn’t have growing up. You’re not alone.

Ashley: I want emphasize how much I respect the play for the its format. We deal with serious issues, but it is intertwined with comedy. It’s an entertaining experience, but it also asks the audience to participate in the comedy. For someone going through depression, it could help lighten their day a bit. 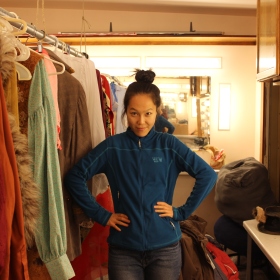 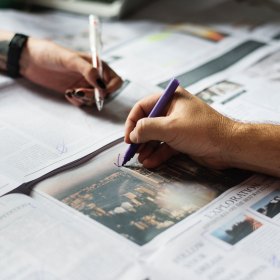 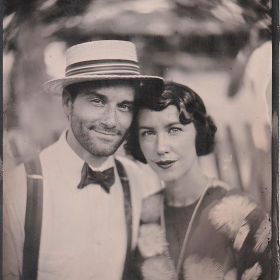 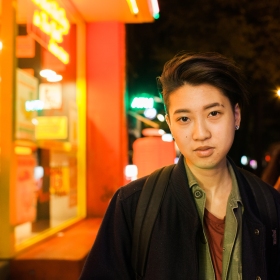 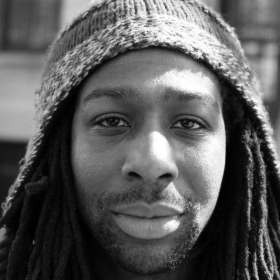 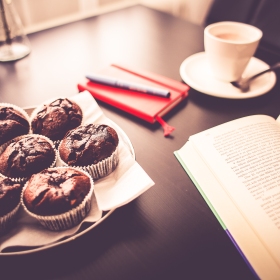 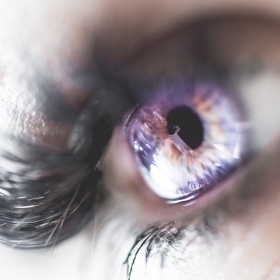 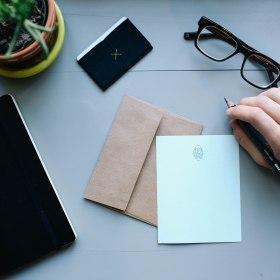